History behind the brand

“The Christina Fragista brand is a specialist in the creation of elegance and luxury in the Greek tradition of hand cut and hand sewn leather sandals specifically made with a twist for today’s classy, chic and sophisticated woman”. 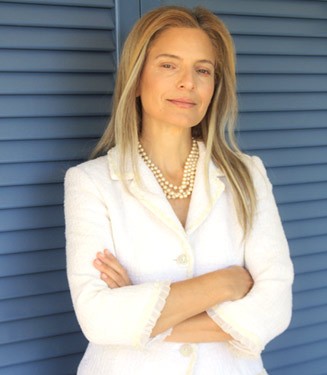 All our sandals are handmade in Greece, using traditional techniques passed through generations.

Childhood memories, such as the colors, light and sea of the Greek Islands are the things that inspired the designer, Christina Fragista, to create her own collection of traditional sandals.

A little history of the ancient greek sandal

The word “sandal” is derived from the Greek word “sandalon”. It has been stated that sandalon are shoes of a god. Sandals are simple footwear composed of a sole that is held onto the foot by straps. Though the ancient Greeks did not invent the style, they did create many types of leather sandals, developing shoemaking into a skilled art and introduced a wide variety of footwear styles for all classes of men and women. By 500 B.C. the average Greek citizen could tell much about the people that passed in the street by the style of sandals they wore.

Early Greek sandals were made from a stiff leather or wooden sole to which leather straps were attached. These straps usually went between the wearer’s big toe and second toe and around the back of the ankle to hold the sole firmly to the bottom of the foot. Much of the individual design of these sandals were created by the different ways the leather straps wrapped around the foot and ankle. Wealthy people wore soft leather sandals, sometimes dyed in various colours.

The very wealthy sometimes even had gilded sandals, or sandals painted gold, in which the leather was covered with real gold. Some high officials and stage actors wore sandals called buskins, with tall soles made of cork, which made them appear taller. Some shoemakers carved designs or placed nails in the soles of their sandals in various patterns, so that the footprints of the wearer left a distinctive mark.

Shoemakers became respected citizens in Greece in the fourth and fifth centuries B.C. and their craft was believed to be watched over by Apollo, the god of the sun, music, poetry and healing, among others. Sandals themselves were sometimes given magical powers in the myths of the time.